The day I discovered Kiteboarding !

For the experts ans the insiders, This is Kiteboarding :

This is my friend Emilie who got me into such sport! Emilie, an incredible woman, smart, cool, tall, slim, nice… like super nice (in comparison I might be considered a b**ch, while I’m nice too… seriously !) This is Emilie:

Emilie and her kiteboard

Anyway (I’ll tell you another story about Emilie), so Emilie introduced me to Kiteboarding, the day she offered me an initiation for my 30th birthday (a while ago…). She’s such a friend!

So, I tell myself : why not? I’m Mediterranean, the sea is like a second Earth to me. Easy!

And, when you take a closer look at the specimens practicing this sport (the same kind practicing surf, if you didn’t get it), well, another incentive to try it.

So, here I am on plane, taking me to Dakhla, in Morocco (lost in the middle of Western Sahara)… A small airport, a very small little old town, sand hills as far as the eye can see, a lagoon, the Altantic ocean, and 2 kiteboarding centres! Paradise. This place is crazy, and reknown as one of the best kiteboarding spots in the world. I was about to spend the best 10 days of my life!

Well, except that, after the initial euphoria (discovery of the spot, your lodge, the restaurant, handsome guys (and girls)), you have to get started. And this is when tough reality gets you in the face!

Of course, because, ladies and gentlemen, we are not equal before Mother nature and Ana Wintour: Guys, you do not all look like Youri (the pretty guy in the picture above), and girls we cant’ be all Emilie. As far as I’m concerned, I’m more like that:

So, you start by learning how to use the kite on the sand, mastering a few notions of windology (wind science if you want). It is useful to have notions of windology, it can prevent you from being dragged by your kite, face down, over several tens of meters… Not that this happened to me, but I’ve seen that happening to others, and it’s not funny… at all !

After these stages, here it is, you can go in the water, and you think “I AM THE BOSS OF KITEBOARDING“: you just have to go for it, drifting on the waves, hairs flying, classy, tacking (yes, I know I speak kiteboardian…).

But no, this is not what’s gonna happen. Your coach instructs you: “now you’re gonna swim with your kite up”.

Me: “Whatchoo talking about? Against the wind???”

I’m skeptical, but I go, it should not be that complicated. But, me after 3 minutes trying not to drown myself: “WTF is that????!!!!??? I’ll give you a bloody body dragging!”

But don’t worry, the coaches are watching from the beach, they got your back, they won’t let you die, they are just waiting for you to struggle a bit, because you have to experience that battle, show them that you won’t give up, that you are persistant, this is the key to master this sport, even though there have been few moments (a million times to be exact) where I wanted to quit and lie on the beach while watching kiteboarders, like these times:

But once, you’re standing up on your board, riding the waves… well what a feeling of freedom, unique sensations, achievement of a lifetime (I mean of the last 10 days!!!), and after that it’s hard to let go of kiteboarding! 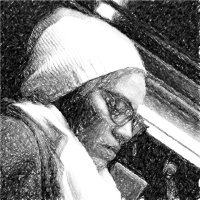